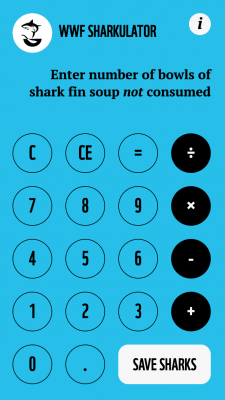 Although WWF and other NGOs have been campaigning for over a decade to reduce the unsustainable consumption of shark fin soup in Asia, nobody was able to estimate how many sharks and rays could actually be saved when consumers chose to go fin-free. Development of any methodology to estimate that was hindered by the lack of relevant market data as well as large diversity of shark species, animal sizes, and types of fins that ended up in soup.

WWF Sharkulator is a new science-based methodology to estimate how many individual sharks can be saved based on the number of bowls of shark fin soup not consumed. By visualising the impact of their decision to go fin-free on these increasingly threatened marine creatures, we hope that WWF Sharkulator will encourage more people to say no to shark fin soup and as a result, support our long-term work to reduce the unsustainable demand for shark fin in Asian markets.

To get started, enter the number of bowls of shark fin soup not consumed into the Sharkulator tool on this page and click the “SAVE SHARKS” button. For example, if you attended a wedding banquet where shark fin soup was served but you chose not to eat it, you can count how many sharks you have “saved”. If your company is planning to organise a corporate dinner in the future and no shark fin soup will be served, our tool will tell you how many sharks your company will “save”. Try out the tool now – the data you enter is not being recorded.​ 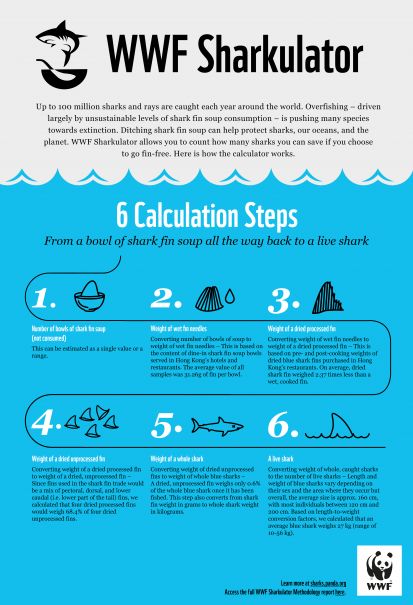 Click on the image to view a high-resolution version.

Our Sharkulator methodology behind the tool is based on six calculation steps, starting from the number of bowls of shark fin soup, through key product and weight conversions, to a live shark equivalent. The methodology focuses on producing an estimate for blue shark (Prionace glauca) as it is by far the most abundant species in the global shark fin trade.

We have also applied product data from Hong Kong, which was collected during a dedicated research project conducted by WWF-Hong Kong in 2011. Hong Kong is not only world’s largest shark fin trade hub but also one of the largest consumers of shark fin per capita.

The intention of WWF Sharkulator is to provide science-based conversion estimates, primarily for public communications around shark fin demand reduction, and potentially for monitoring of impact, rather than for management or regulatory purposes where a higher degree of accuracy may be required. As better data becomes available, incorporating those into the conversion process may allow for increased accuracy and representativeness of the conversion estimates, and thus an expanded range of application. 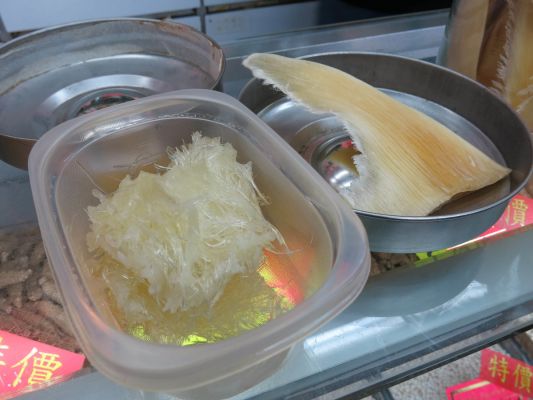 Want to find out more about why and how we developed the WWF Sharkulator? Click on the button below to read the latest blog by Dr. Andy Cornish sharing the-behind-of-scenes of our Sharkulator journey. 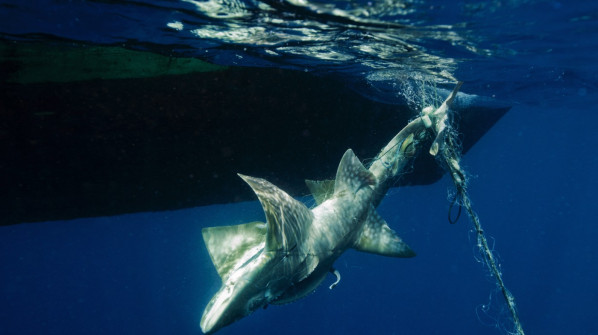 Preventing shark and ray extinctions is not enough

Preventing extinctions has been a primary aim of shark and ray conservation for decades, but the numbers don’t lie. These efforts — including our own — haven’t kept pace with the threats. We all need to raise our level of ambition if we want to reverse the tragic loss of biodiversity in our ocean. More efforts are needed to actively recover depleted populations for the benefit of our ocean and people who depend on it. 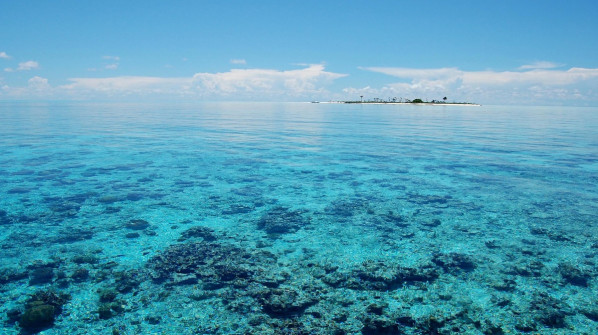 Recovery in the heart of the Sulu Seas

Three decades of conservation efforts at a remote coral reef complex in the Philippines have paid off. Today it is one of the most important areas for sharks in the Coral Triangle and supports the highest density of whitetip reef sharks in the world. 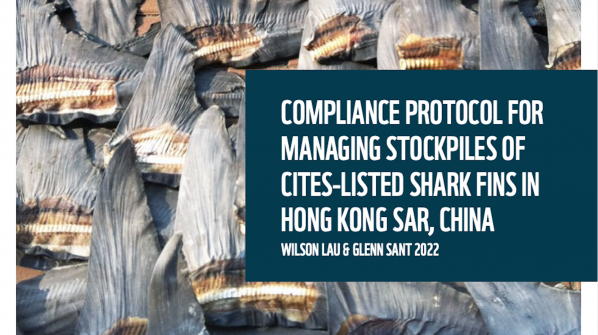