A Journey Back in Time with Malaysia’s Fishers

Serena Adam of WWF-Malaysia and Amy Then of University of Malaya traverse coastal Malaysia in search of first-hand fishing tales to plug historical data gaps in our understanding of the country’s dwindling shark and ray populations.

“It was 6 am when the sunbeams pierced through the windows, waking us up to the sound of cars and boats in a humble fishing village in Kudat district, located at the northern tip of Borneo. After grabbing a quick breakfast, we began our journey exploring coastal villages in search of local fishers who would be willing to share insights into their lives and take us back in time as they recount their fishing stories.” – Serena Adam, Shark Conservation Officer at WWF-Malaysia, poetically describes a day from the most recent data-gathering project she completed in partnership with Amy Then, Senior Lecturer at the Institute of Biological Sciences at the University of Malaya.

The brief scene roughly describes the team’s field study that has taken them beyond Kudat and across various Malaysian seascapes known for high catches of sharks and rays. Locally called ‘yu’ and ‘pari’ respectively, these fish are slowly disappearing from Malaysia’s waters, due to overfishing. Despite being home to a high diversity of elasmobranchs (sharks and rays), with at least 70 shark species and 85 rays (including some rare and unique ones), unfortunately there is very little species-specific information on catches available in Malaysia to help scientists protect these animals more effectively. For example, one iconic species – the charismatic sawfish – has not been seen in most of Malaysia since the 1980s, despite anecdotally being very common in the past. However, the currently available official data would not tell the full story of such declines because sawfish as well as all the other elasmobranch species are grouped merely into “sharks” and “rays” in the official catch records. Having only such general, simplified data makes it challenging to protect these rare animals effectively and manage them sustainably.

So how can we fill in gaps in our understanding of historical occurrences and populations of these threatened marine animals? Just as Amy and Serena did, we can turn to fisher folks who have a wealth of information and an often-impressive record of interactions with these creatures out at sea. Increasingly, multiple studies show that fishers’ memories can be translated into useful qualitative and even quantitative measures of fish population trends.

The premise of Amy and Serena’s research was based on the fact that while experienced fishers may not be able to recall what an average catch looked like, they would still likely be able to describe their historical best catch. Equipped with a tested questionnaire and a photographic elasmobranch guide, the team interviewed fishers to gather information that would enable them to compare past and present daily catches and fishing effort patterns (usually measured by time spent fishing), especially for the most unique-looking and so most easily recognised sharks and rays. Typically, our team concentrated their search for potential interviewees at landing sites, where fishers would congregate to bring their daily catch to shore, to mend their nets, or to socialise after a long night out at sea. 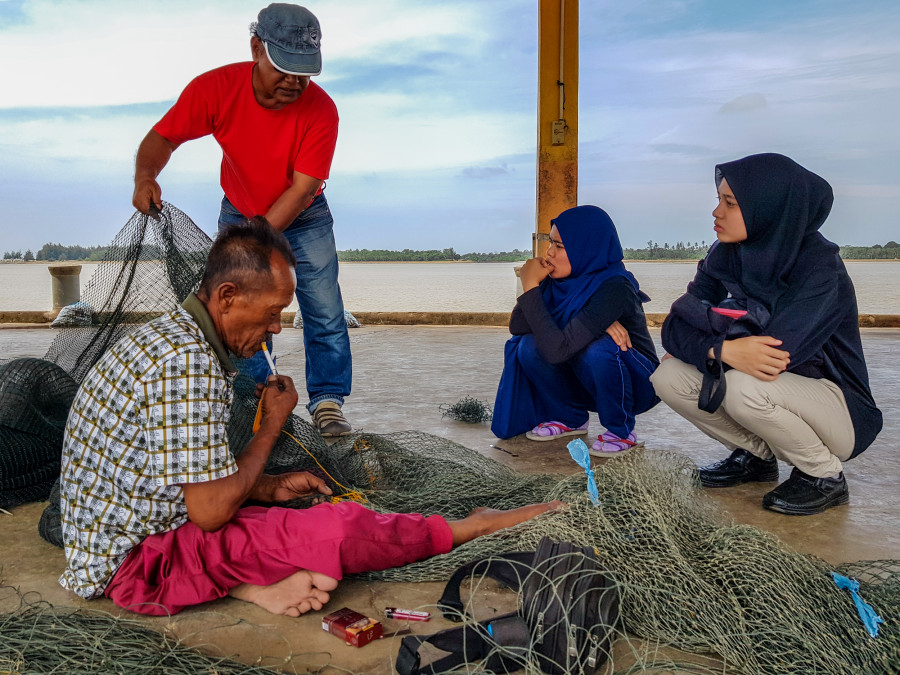 The team interviewing local fishers as part of the study. © University of Malaya (Sandra Liew) 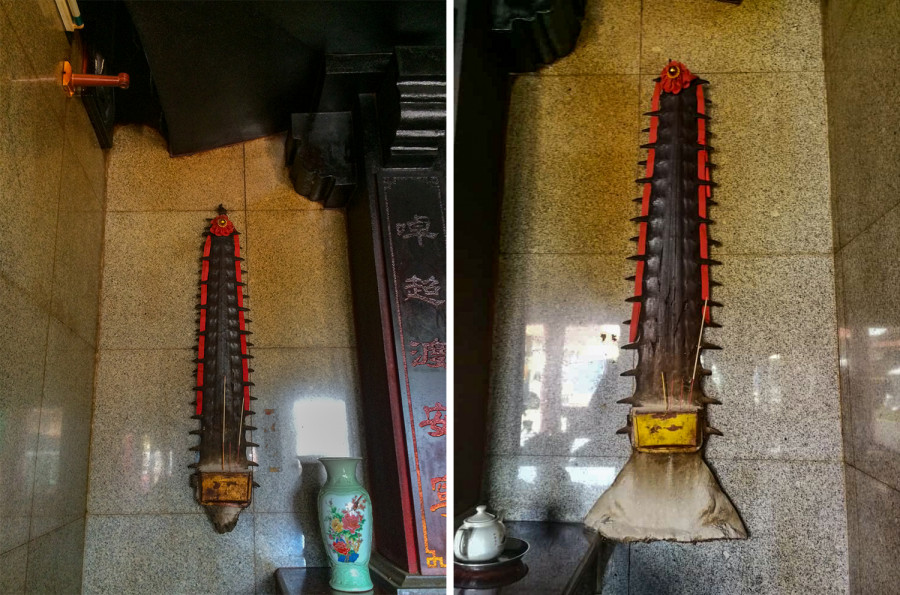 Moving from one village to another, across four major shark-fishing states in multicultural Malaysia, our mostly female team had come across some challenges in finding the ‘right’ fishers to interview. For example, as the team learnt, the time of the day mattered. For some, 3 am in the wee morning marked the start of the day – at the same time, however, others were already wrapping up for the day. One had to be sensitive and adaptive to the potential respondents depending on their nationality, cultural and ethnic background, primary language (often dialects), and customary fishing practices. Some fishers could be wary or defensive, especially when they have had recent encounters with enforcement authorities on shark-related catch issues. As Amy and Serena recount, most fishers they encountered were pleasant and helpful during the interviews, with some outright excited to find strangers interested in their ocean stories. “Empathy, politeness, and active listening were essential ingredients of our success during that study,” adds Amy.

Interviews conducted between May 2018 and June 2019 revealed that most fishers do not consider sharks and rays to be their target catch. However, most will not discard these animals when they get entangled in their nets as they serve to supplement their incomes. For those that do target sharks and rays, preferred species included the Bottlenose wedgefish (Rhynchobatus australiae), whose fins can fetch up to 100-200 USD per kilo – a rare ray species recently reclassified by the IUCN as “critically endangered” globally (facing an extremely high risk of extinction in the wild). An interesting cultural insight the team uncovered was that among the Chinese fishing community, it was believed that the sawfish rostrum can chase away bad spirits. Rostra of these once common creatures are treated there as sacred objects and very old specimens can be found displayed elegantly in Chinese temples in coastal areas.

Based on our team’s initial analysis, the fishers had identified specific groups that have declined over the span of their fishing careers – including Whale sharks (Rhincodon typus), sawfishes (Pristidae), hammerheads (Sphyrnidae), and mobula rays (Mobulidae). Interestingly, this is in line with the conservation status updates on these species published by the IUCN in recent years – in fact, these animals are disappearing not only from Malaysia’s waters but also elsewhere throughout the world. Amy and Serena’s team also found that some local fishers thought that these species could never be driven to extinction because of their sheer size and strength. This unfounded perception highlights the need for more awareness outreach among the fishing communities to highlight how vulnerable these marine creatures really are, especially because of their biology, including low birth rates and slow growth. To address this issue, WWF-Malaysia and University of Malaya hope to collaboratively plan future outreach based on this finding.

As Amy and Serena admitted, a lot of work still remains to be done to do justice to the treasure trove of information they gathered, having interviewed more than 200 fishers over 150 days spent in the field. Going through the notes, they hope to learn more not only about the animals themselves but also about the human dimension of fisheries in the country. This journey back in time across large- and small-scale fisheries in Malaysia will shed more light on the status of these marine predators. Crucially, the results from this study will be used to inform better management plans in Malaysia, including the next National Plan of Action for Sharks (a country-level blueprint for conservation and sustainable management of sharks and rays), the third edition of which is currently under review. Lessons learnt will also certainly help improve any future replication of such a data-gathering project to aid marine conservation work of poorly studied species such as sharks and rays.

Amy Then is a Senior Lecturer at the Institute of Biological Sciences, University of Malaya, Malaysia. She did her PhD research at the Virginia Institute of Marine Science, USA, focusing on data-poor methods to estimate important fish stock parameters. Currently, she is working on elasmobranch fishery assessment, mangrove fish ecology and related ecosystem services, and establishing relationships between the marine environment and the well-being of coastal communities.

Serena Adam is a Shark Conservation Officer at WWF-Malaysia. A graduate of Marine Biology from University of Terengganu (UMT), her work revolves around research coordination, bycatch mitigation initiatives, supporting implementation of the National Plans of Action, and monitoring of sharks and rays in marine protected areas (MPAs). Her goal is to improve the recovery of these vulnerable species and ensure they are still swimming in our waters for years to come.

Special Thanks
The authors of this story would like to extend their deepest appreciation to Ms. Lee Sok Fen and Ms. Sandra Cindy Liew, the core Research Assistants for this project, and to Ms Nursyazwani Ramlan, who did her final year project using some of the collected data. Thank you for your perseverance and positivity throughout the duration of the field study. This project is a collaboration between WWF-Malaysia and the University of Malaya. 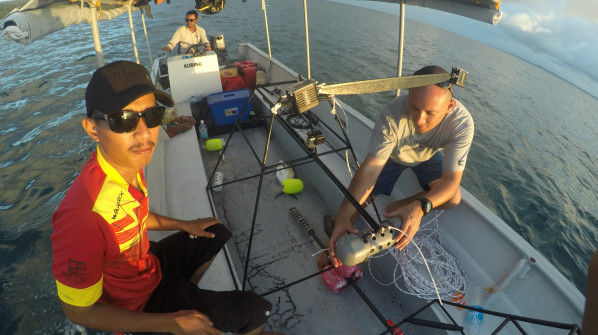 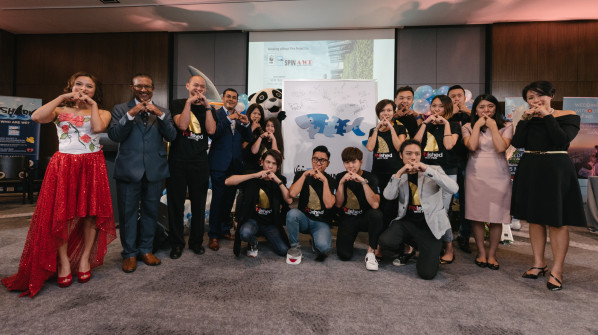 Encouraging a fin-free culture in Malaysia

WWF-Malaysia, together with partners Association of Wedding Professionals Malaysia (AWP) and Shark Savers Malaysia (SSMY), announced their consumer engagement on shark-fin consumption reduction through the “Wedding without Fins Project.” The objective of this project is to encourage the wedding industry to be stewards and inspire wedding couples to go fin-free at their wedding ceremonies. 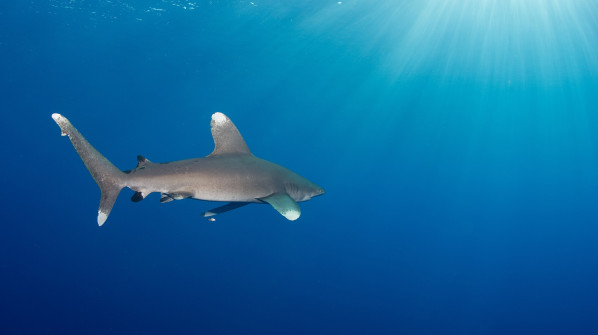