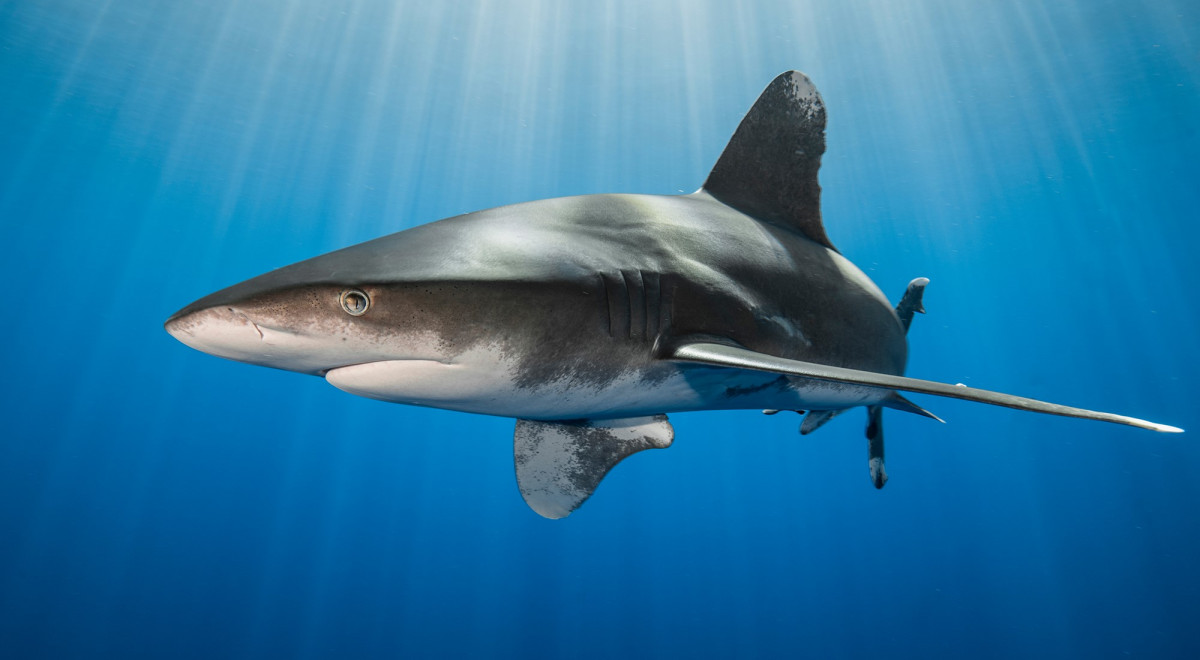 22 February 2020 marked the end of the 13th Conference of the Parties (CoP13) to the Convention on Migratory Species of Wild Animals (CMS). Taking place in Gandhinagar, India, the CoP13 concluded with positive results for several species of threatened migratory sharks and rays.

Migratory sharks and rays at risk of extinction were in the spotlight at this year’s CMS CoP13, with a number of proposals submitted for consideration – and all accepted – at the meeting. Out of ten new migratory wildlife species added to the CMS Appendices this year, three species were threatened migratory sharks.

Critically Endangered Oceanic Whitetip shark, which has suffered dramatic global population declines of over 98%, has been added to the CMS Appendix I, which provides the highest levels of protection under the Convention. Being listed on this Appendix means that CMS Parties (129 countries plus the European Union) will strive towards strictly protecting this species, conserving or restoring its habitats, mitigating obstacles to its migration, and controlling other factors that might endanger them.

Two other threatened species – Smooth Hammerhead shark and Tope shark – were listed under Appendix II, which protects migratory wildlife that would greatly benefit from enhanced international collaboration and conservation. For these species, CMS encourages range states where these animals occur to develop cross-border conservation agreements on a regional or global scale.

Concerted Actions – priority conservation measures with targeted protection plans – were agreed for two already listed species of Sawfish as well as entire families of Guitarfish, Giant Guitarfish, and Wedgefish (including species already protected under CMS and those not listed yet). These rare rays are some of the most threatened marine fishes in the world.

Sharks and rays also feature in a new cross-cutting policy measure related to bycatch (i.e. animals caught by accident), as the parties agreed to review current data on bycatch levels for these species.

CMS, which is an environmental treaty of the United Nations, offers a global framework for the conservation and sustainable utilisation of migratory species and places where the occur. The CoP13 kicked off a series of crucial, high-level global meetings on nature conservation, which all take place this year, earning 2020 a name of the “Super-Year” for nature.

WWF’s press release on the full results of the CMS CoP 13 can be found here.