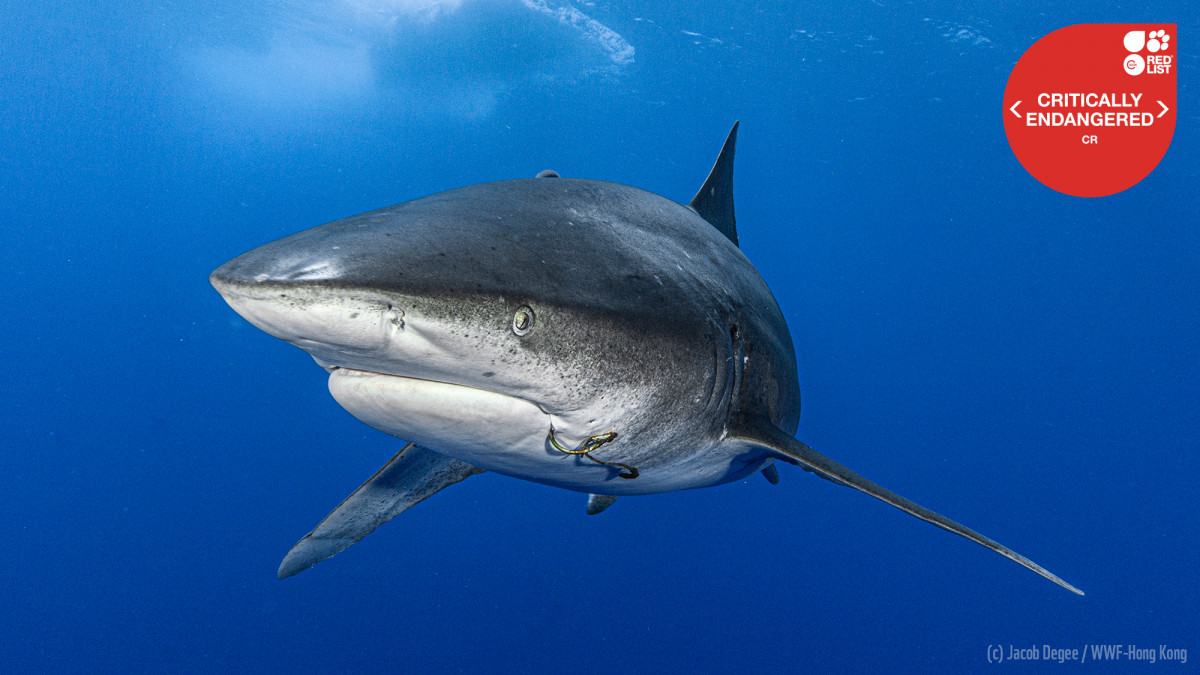 Oceanic whitetip shark – once the most abundant open-ocean shark that could be counted in the millions – is now classified as Critically Endangered globally. IUCN specialists estimated that the species had undergone a catastrophic global population decline of over 98%. This species was previously categorized as Vulnerable (in 2015). This represents a tragic jump by two categories on the Red List, from a high risk of extinction to an extremely high risk of extinction in the wild. Two iconic hammerhead shark species – great and scalloped – are now also classified as Critically Endangered globally. Populations of those two species crashed by over 80% globally in the past 70 years. Two other key pelagic shark species – dusky shark and pelagic thresher – are now globally Endangered, with the thresher declining by up to 80% in the Indo-Pacific and the global population of dusky down by over 80%. All five species have been pushed to the edge by high seas overfishing on a massive scale. These sharks are caught as both target species and “bycatch” for their meat and highly-prized fins.

The situation of the re-assessed devilrays (members of the mobula family comprising of nine species) tells a similar story. Out of four analysed devilrays, IUCN scientists updated the status of three species to Endangered – including sicklefin, bentfin, and Atlantic devilrays.  Now 7 out of 9 mobula ray species are threatened with extinction – nearly 80% of the entire family. Overfishing is again behind the declines. As IUCN stressed, a growing international trade in mobula ray gill plates led to the expansion of largely unregulated and unmonitored mobula fisheries around the world. The species is also caught as “bycatch” in smaller-scale fisheries. However, the trends are difficult to track due to the lack of species-specific data – mobula ray catches are usually reported under the generic “mobula” grouping.

Dr. Andy Cornish, Leader of WWF Sharks: Restoring the Balance, WWF’s global shark and ray conservation programme, said: “The latest IUCN Red List assessment updates on pelagic sharks and rays make for harrowing reading. Time and time again, the countries that make up the high seas regional fisheries management organizations are acting too little, too late to prevent overfishing from decimating populations. Science-based catch limits and recovery plans for all of the most endangered species are badly needed.”

The IUCN Red List news hits the headlines right in time for the ongoing annual meeting of WCPFC (Western and Central Pacific Fisheries Commission; an RFMO managing high seas fisheries in the Pacific) and the upcoming, first-ever joint tuna RFMOs meeting to discuss shark management happening on 16-18 December in Portugal. Dr. Andy Cornish added: “It is of utmost importance that tuna RFMO member states act with urgency and courage to rebuild depleted shark populations for the benefit of the species themselves, ecosystem health and the people that depend on them for livelihoods and food.”

The newly announced Red List updates take the total number of shark and ray species re-assessed between 2018 and 2019 to 69. The efforts are part of a bigger IUCN project (and in particular of the IUCN Shark Specialist Group) to re-assess all 1,200+ species of sharks and rays known to science by end of 2020. Judging by the shocking updates released this year, the situation for many species is likely to get much worse than the current Red List statuses are suggesting. 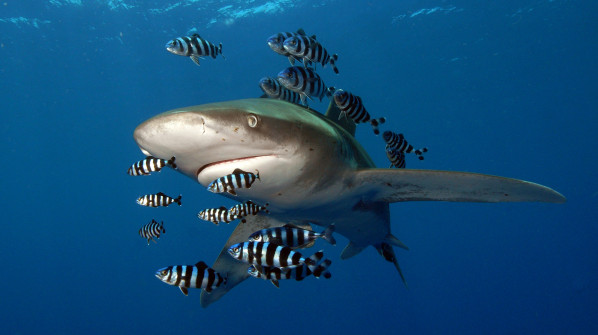