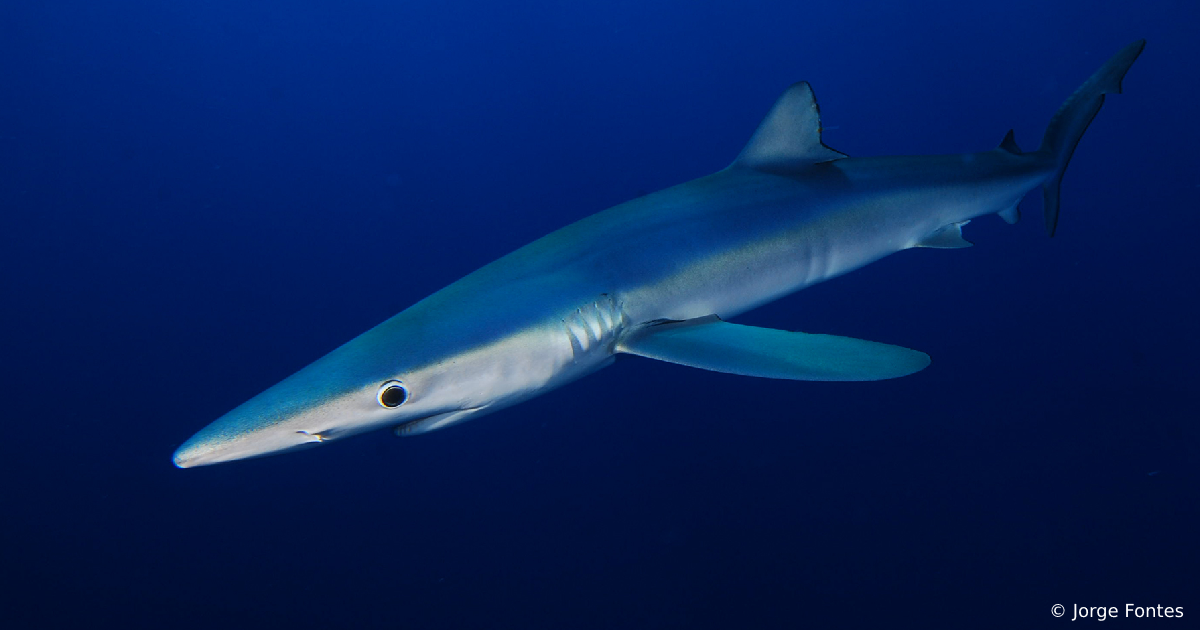 (8 April 2021) Portugal is in 3rd place among the European countries that capture the most sharks and rays, behind Spain and France, with almost half of its species under threat. ANP|WWF urges the Portuguese government to create a National Action Plan for the management and conservation of sharks and rays, which would place Portugal in the European leadership for the protection of these species.

43% of the 117 species of sharks, rays and chimeras in Portuguese waters are under threat. ¼ of the shark and ray total landings in weight by the Portuguese fleet in the last 30 years correspond to threatened species, mainly from overfishing and bycatch - the unintentional capture of marine wildlife by commercial fisheries - research from ANP|WWF supported by the Oceano Azul Foundation reveals. Portugal has the EU’s third highest number of shark and ray catches after Spain and France, with up to 1.5 million animals estimated to be captured annually. Altogether, EU Member States have the second highest share of recorded shark and ray catches in the world (around 18% of global catches in 2018).

The EU’s Regional Plan of Action for Sharks and Rays was adopted over a decade ago to ensure the conservation and management of sharks and their long-term sustainable use. However, transparent reporting of bycatch, as well as reporting of catches, landings and trade of sharks and rays at species level and proper management of shark and ray fisheries, has been an ongoing issue in the EU, so the true figures often remain unknown and this will be the case until the best tools and practices, like proper observer coverage and using onboard cameras to record catches in high risk fisheries, are adopted.

Steps forward were recently taken by the European Parliament, which affirmed the need for mandatory data collection of all incidental catches in fishers’ logbooks and for transparent reporting by all Member States via publication of their fisheries information. However, the failure of MEPs to mandate the use of Remote Electronic Monitoring (i.e. onboard cameras) for accurate records, particularly in fleets at high risk for catches of sensitive and protected species, undermines the effectiveness of logbook data.

For Ana Henriques, Oceans and Fisheries specialist at ANP|WWF and lead author of the report, “an ocean without sharks and rays is an empty and dying ocean. These species are central to the good management of marine ecosystems - they are true guardians of the ocean. Ensuring that the Biodiversity Strategy’s action plan, which is due this year, addresses the threats of overconsumption and incidental catches along with conservation is a strategic, urgent and very necessary approach.”

There are over 1,200 known species of sharks, rays and chimaeras, and they are known to play key roles in the balance of marine ecosystems and thus for the people who depend on a healthy and resilient ocean. Yet, despite their importance, an estimated 100 million sharks and rays are killed by fishing and bycatch worldwide each year. As a result, 36% of the world’s species are currently threatened. At European level, the situation is even worse especially in the Mediterranean, where more than half of the Mediterranean species are threatened.

Effective enforcement of the Common Fisheries Policy, together with new legislation to realise the Biodiversity and Farm To Fork Strategies are crucial to curb the fate of European sharks and rays and, in turn, of the health of our seas.