The meeting ended with a disappointing outcome for the oceanic whitetip shark, which has just been re-classified as Critically Endangered globally by the IUCN. The most recent scientific analysis of the Western and Central Pacific population presented in August this year revealed that only around 5% remain in the region. The assessment concluded that the species should go extinct in the long-term under the current levels of fishing. The Commission’s annual meeting was the first real opportunity for the member states to act on these alarming findings. Unfortunately, they did not rise up to the challenge. The tragic situation of the oceanic whitetip shark was not substantially addressed during the meeting, with no opportunity to even consider a much-needed recovery plan as a solution.

In a positive development, member states adopted an updated CMM for Sharks (Conservation and Management Measure). The “fins-naturally-attached” policy, which is the most effective way to eliminate shark finning at sea, has been included and will be in place in 2020-2022. However, the CMM also includes a set of alternative measures to this policy that member states can implement instead, creating a greater burden on enforcement and monitoring and likely limiting the policy’s effectiveness. Member states also failed to approve an effective ban on wire traces, which is a proven method for reducing shark mortality. Nevertheless, the commission also agreed to adopt – and if needed, update – the Shark Safe Release Guidelines to further minimise bycatch-related mortality. A catch and retention ban will remain in place for the oceanic whitetip and silky sharks. While WWF welcomes the adoption of the final Shark CMM, a lot of work remains to be done to set WCPFC on a path towards responsible shark management. If implemented effectively, the CMM could become a base to build upon for all species. Nonetheless, the CMM in itself does not equate to responsible management, in particular for the already heavily depleted species.

The Commission’s meeting closed with some good news for the manta and devil rays (mobula rays) caught as bycatch in the Pacific through the development and the adoption of a brand-new CMM for Mobulid Rays. While in its current shape the measure mostly provides a set of guidelines for the member states, it represents a step in the right direction to ensuring that mantas and mobulas are less impacted by fishing for tuna. As revealed by the latest IUCN Red List updates with more mobulids now threatened with extinction, this is a much-needed measure and is welcomed by WWF.

Commenting on the outcome of the meeting, Dr. Andy Cornish, Leader of WWF Sharks: Restoring the Balance, said: “The adoption of two CMMs for Sharks and Mobulid Rays by WCPFC is a positive step towards ensuring that these species are managed more responsibly in Western and Central Pacific. With these measures coming into force in 2020 and 2021 respectively, it is now crucial for member states to focus on implementation. We are disappointed though that the member states did not address ongoing overfishing of the dangerously depleted oceanic whitetip shark. With the population pushed to the brink of extinction, there is no time to waste. WCPFC nations will not have another chance to introduce new measures to start recovering the population until the next Commission meeting in a year’s time.”

The updated Shark CMM will become effective on 1 November 2020, with the exception of Indonesia – the world’s biggest shark catcher – which requested an extension until 2021. The CMM for Mobulids will come into force on 1 January 2021.

About WWF Sharks: Restoring the Balance
Sharks: Restoring the Balance is WWF’s global shark and rays conservation programme. Working on issues such as consumption, management, and trade, the programme includes projects in 20 countries and territories across six continents. Founded in 2014, the programme is guided by a global 10-year conservation strategy for sharks and rays developed in partnership with other leading conservation NGOs and guided by the IUCN Shark Specialist Group.

Wire traces are elements of fishing gear made of metal that sharks cannot bite through and free themselves.

WWF’s full position presented to the WCPFC prior to the annual meeting can be found here: https://www.wcpfc.int/node/44516. 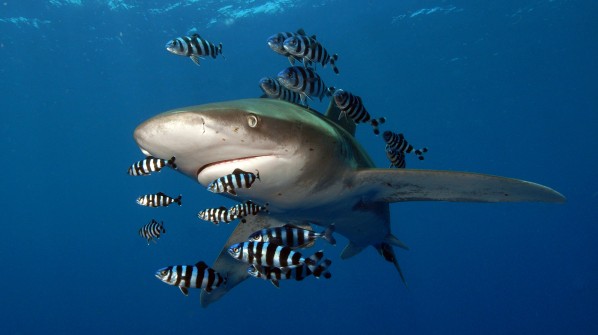 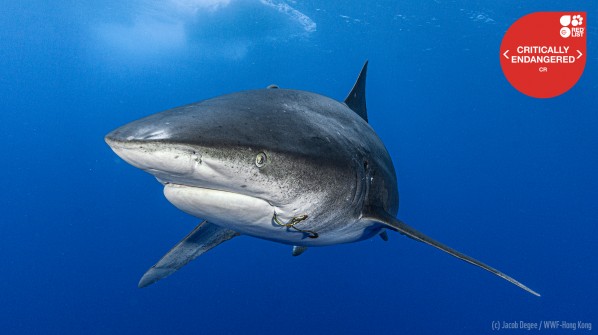