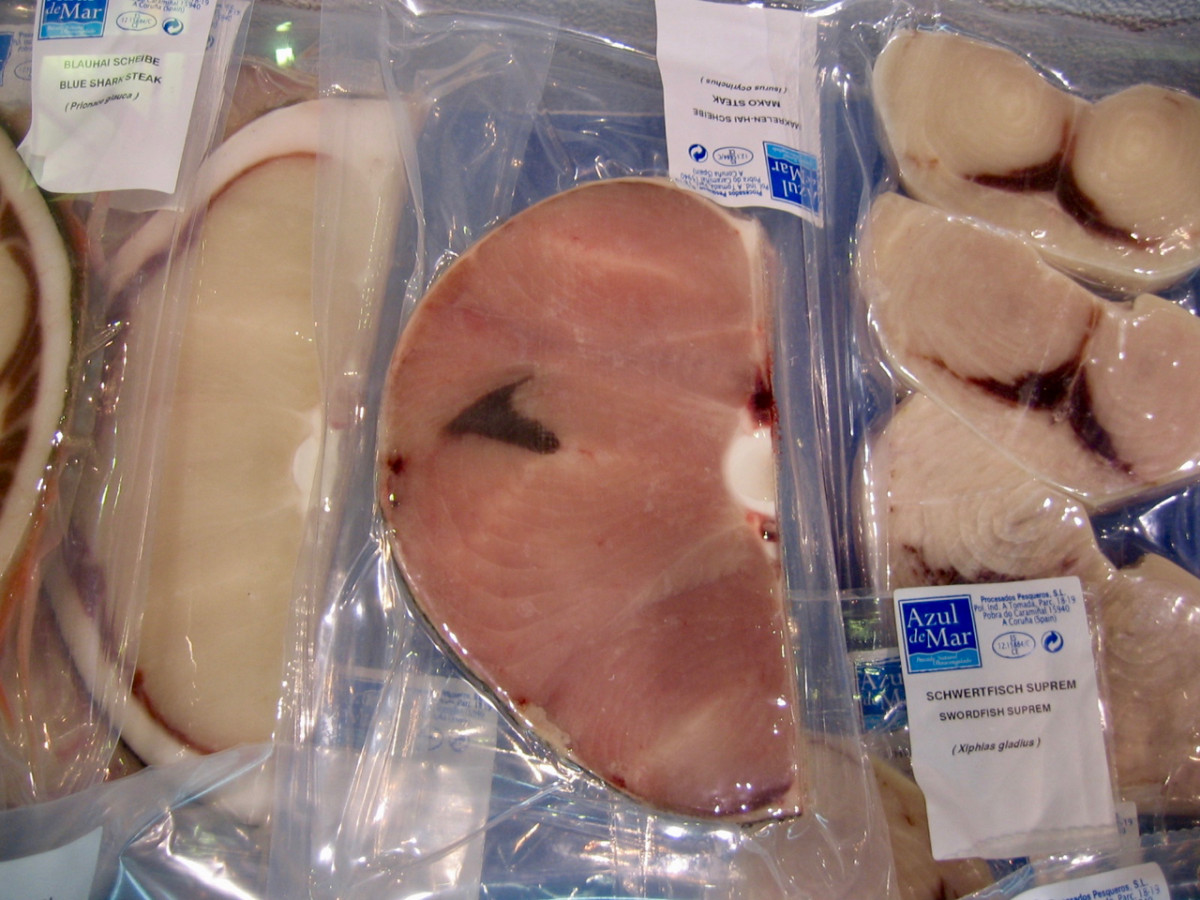 (13 July 2021) More than 200 countries and territories are importing and exporting shark and ray meat for a global trade that was valued at US$2.6 billion between 2012 and 2019, with Spain being the world’s top exporter, Italy the top importer and the EU accounting for over 20% of the global shark meat trade.

Ahead of International Shark Awareness Day (14 July), WWF presents The shark and ray meat network: a deep dive into a global affair, a ground-breaking analysis shedding new light on this highly complex and opaque trade that is contributing to the ongoing decline of shark and ray species in our ocean.

WWF worked with a team of scientists to develop the first analysis of the global shark and ray trade network using graph theory [1], which reveals not only the major importers and exporters of shark and ray meat, but also the traders playing essential roles as intermediaries. The report clearly shows how and where to focus international efforts to reverse the decline of shark and ray population, and calls for far greater transparency and traceability that are needed to stop the ongoing depletion of these vital species – and of our ocean more broadly. Today, 36% of the more than 1,200 known shark and ray species are threatened with extinction [2].

Even though shark fins are generally much more expensive than shark meat, and the global fin trade has received far more attention to date, the global trade in shark and ray meat is actually larger than the trade in fins, both in volume and value [3]. It is dominated by Spain (exporting shark meat to 85 different countries and territories), while the most important trade bridges for the shark meat network are between Japan and Spain, UK and Spain, Portugal and Spain, Japan and Panama, and China and Japan. The EU has established itself as the main supplier to Southeast and East Asian markets, with its own exports and imports accounting for about 22% of the total global shark meat trade.

Simone Niedermueller of WWF Mediterranean Marine Initiative, said: “We are eating more shark and ray meat than we realize, and this is happening everywhere, including in Europe, with serious consequences for some species already at risk of extinction. Sharks and rays are migrating more when they are dead than alive, as their meat crosses over 200 borders, with some Mediterranean and European countries playing key roles as importers and exporters, as well as consumers. It’s a global trade that requires management and transparency to tackle illegality and the rapid depletion of sharks and rays in our ocean.”

The global trade network for ray meat is less diversified, with trade between Argentina as an exporter and South Korea as an importer dominating the market. But some European countries are key for the stability of the ray trade network, and have an important role to play in regulating it.

“Demand for shark fin is well-known as a driver for the overexploitation of sharks and rays, and fingers point at Asia, where shark fin soup consumption is highest. This new report spotlights a far larger global trade in shark and ray meat that many are unaware of. The trade links are extensive, with an array of countries playing an active role, including several EU member states at the core of this network. All of these countries need to urgently adopt and  implement regulations and controls for sustainable fisheries and traceability, to ensure that the trade is from properly managed and legally sourced stocks, that protected species are kept off the market, and consumers can make informed purchases.”: added Andy Cornish, Leader of Sharks: Restoring the Balance, WWF’s global shark and ray conservation programme.

WWF is also asking consumers to avoid buying or eating shark and ray meat unless from sustainable and traceable sources. However, very few products currently available in the market meet these requirements [4].

Notes to editors:
[1] Graph theory is the mathematical study of a network of interacting elements. This approach provides a quantitative but simplified view of the multiple factors involved in the connection (edges) among elements (nodes) contained in a network. In a network of traders, graph theory provides insights into the trading relationships’ properties and identifies critical nodes (traders) with high centrality that are connected to many other traders, or clusters of well-connected traders. More information can be found in the report. Online data can be accessed here: https://aospina.shinyapps.io/SRGTN_WWF/

[2] Sharks and rays are in crisis globally. Up to 100 million are killed each year, and some populations have declined by more than 95% as a result of overfishing. Today, 36% of the more than 1,200 known shark and ray species are threatened with extinction. The decline of sharks and rays is a contributing factor to the deterioration of our ocean, and symptomatic of much wider marine overexploitation. Read more here and on Mediterranean sharks, here.

[4] In addition to fishing, other threats are increasingly worsening the status of sharks in the Mediterranean. Among these are plastic pollution, with sharks ingesting or becoming entangled into plastic items, and seafood frauds. DNA testing has shown that many consumers who think they’re eating Mediterranean swordfish, for example, will in fact be tucking into a plate of illegally marketed shark meat and mislabelling, including selling sharks under misleading names, is widespread. Read more in WWF MMI's report Sharks in crisis.