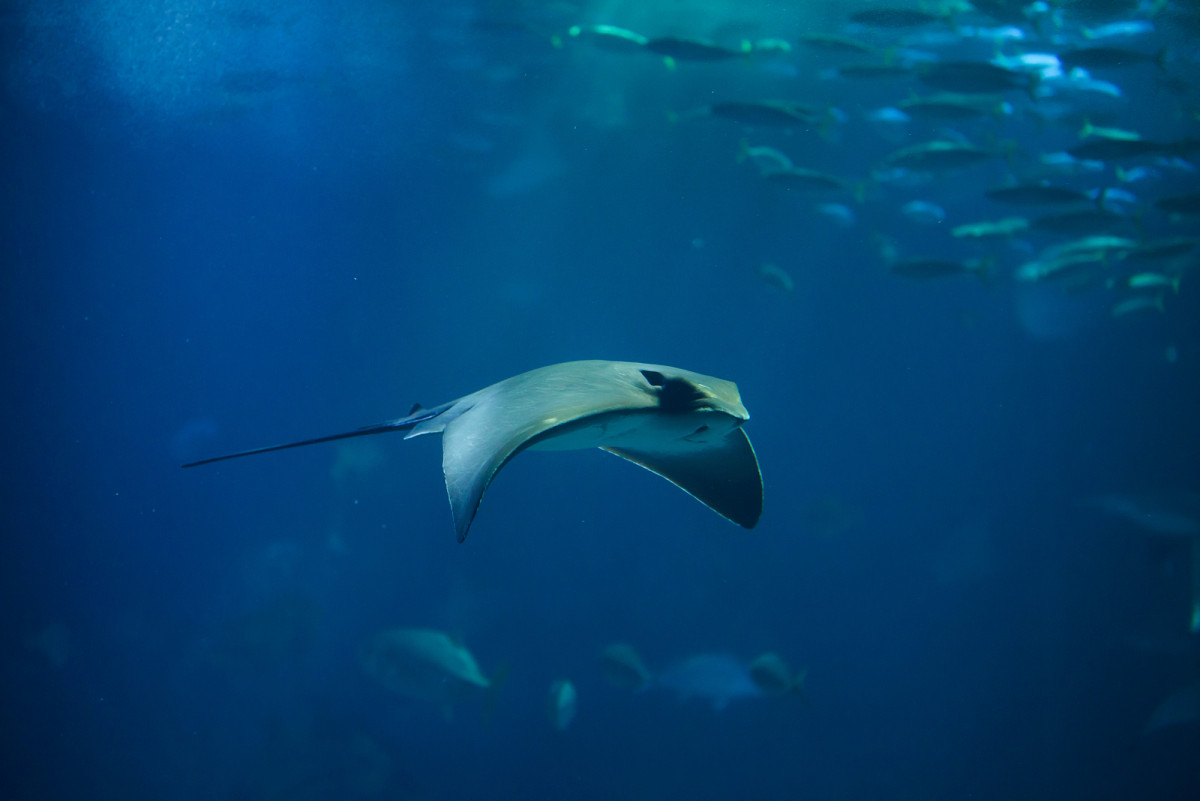 Nearly 40 sharks and rays reclassified as threatened, including one species of ray already possibly extinct

(25 March 2021) New updates on the conservation status of sharks and rays released today by the International Union for Conservation of Nature (IUCN) show that 39 additional species are now facing a risk of extinction in the wild. This takes the total of all sharks and rays categorised as Vulnerable, Endangered, or Critically Endangered to 355.

“The alarm-bells for sharks and rays could not be ringing louder,” said Dr. Andy Cornish, Leader of Sharks: Restoring the Balance, WWF’s global shark and ray conservation programme. “The sheer number and diversity of these animals facing extinction is staggering. Overfishing is by far the greatest threat and has to be reined in. The good news is that solutions to this crisis do exist. Governments and the regional fisheries management organisations, which manage fishing in the high seas, must act now and boldly to recover the most threatened species before it is too late.”

Most alarmingly, IUCN reveals that one species of ray may have already gone extinct, as the Java stingaree (Urolophus javanicus) is now assessed as Critically Endangered (Possibly Extinct). A unique ray from the coast of Java in Indonesia, it was previously listed as Critically Endangered (2006). This endemic species has not been seen since the end of the 19th century when it was originally discovered.

Eight out of nine species that are “uplisted” to the Critically Endangered category – meaning they are just one step away from extinction – are rays (mostly guitarfishes and eagle rays). This continues the worrying trend that although rays may be less known and do not receive as much attention, they are doing even worse than sharks as a consequence of overfishing and overall lack of fisheries management.

Nonetheless, it is not just the lesser-known species featuring in this round of Red List updates. A few reef sharks that used to be very common and abundant, and are particularly popular among divers, are now threatened. This includes the Caribbean reef shark (Carcharhinus perezi) reclassified from Near Threatened to Endangered, lemon shark (Negaprion brevirostris) from Near Threatened to Vulnerable, and the Atlantic nurse shark (Ginglymostoma cirratum) from Data Deficient to Vulnerable.

“The latest reassessments highlight that fishing is causing population declines across the spectrum of these ancient animals,” Dr. Cornish commented. “Whether rays or sharks, those on sunlit coral reefs, far offshore, or in the deep oceans, large and small – few groups are unscathed.”

Ever more species of sharks and rays are being pushed towards extinction. In 2014, 25% of all shark and ray species were threatened, with 25 species critically endangered. Right now, 36% per cent is under threat and the number of critically endangered species has tripled (from 25 to 76).

More than 1,200 different species of sharks and rays inhabit our global ocean. These diverse animals do not simply dwell there – they shape the ocean, and have done so for more than 400 million years, since the time of dinosaurs. Sharks and rays are indispensable to ocean health and the well-being of millions of people across the globe through provision of livelihoods, food, and tourism.

Sharks: Restoring the Balance is a joint global programme of WWF and TRAFFIC focusing on shark and ray conservation. Founded in 2014, the programme supports conservation teams working in over 20 countries and territories across 6 continents and focuses on fisheries management, trade, and consumption. Visit sharks.panda.org to learn more.

WWF is an independent conservation organization, with over 30 million followers and a global network active in nearly 100 countries. Our mission is to stop the degradation of the planet's natural environment and to build a future in which people live in harmony with nature, by conserving the world's biological diversity, ensuring that the use of renewable natural resources is sustainable, and promoting the reduction of pollution and wasteful consumption. Visit panda.org/news for the latest news and media resources; follow us on Twitter @WWF_media