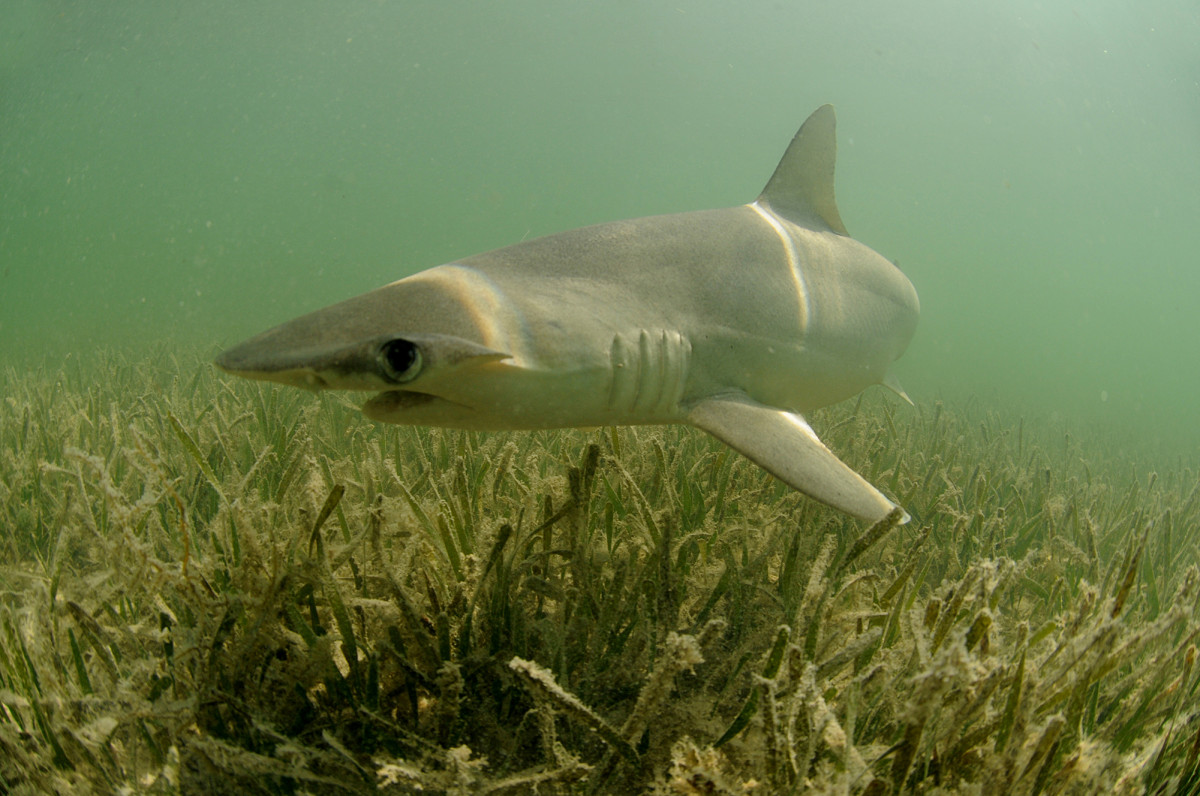 Bonnethead shark, one of the hammerhead species, which is now endangered © FtLaud / Shutterstock / WWF

The Red List updates include over 420 assessments of shark and ray species, of which 154 species are classified as “threatened,” or at risk of extinction in the wild. Among them are four hammerhead shark species (Sphyrna family) and four species of angel shark (Squatina family) that are endangered or critically endangered, making them some of the most threatened shark families, as well as the giant manta ray (Mobula birostris), which is now facing a very high risk of extinction.

“These findings are sadly predictable,” said Dr. Andy Cornish, Leader of Sharks: Restoring the Balance, WWF’s global shark and ray conservation programme. “As IUCN’s Shark Specialist Group continues to pull the curtain back on the state of sharks and rays, the crisis should be triggering alarm bells for anyone who cares about the health of our ocean. Twenty years have passed since the international community recognised the threat of overfishing through the International Plan of Action for Sharks. Yet, obviously, not nearly enough has been done to halt the overfishing that is pushing these animals to the brink of extinction.”

The IUCN update grimly notes that the first shark or ray species may already have gone extinct.  The lost shark (Carcharhinus obsoletus) was classified as critically endangered (possibly extinct), meaning there is a chance it is already extinct in the wild, but more surveys are needed to prove that. As its ominous name suggests, this species was only described from museum specimens in 2019, so has been lost since the moment it was found.

Of around 200 previously data deficient species, meaning the available information was not sufficient to evaluate their conservation status, 57 are now threatened. Together with the case of the lost shark, this reveals an alarming trend when newly described species or those we do not know enough about are already in peril. This highlights the importance of species-specific information – particularly species-specific shark and ray fishing data – to allow for effective conservation.

Since the last global Red List update for sharks and rays was conducted in 2014, these marine fishes are fast becoming one of the most threatened groups of vertebrates on the planet.

“Governments must take measures that reduce the overfishing of sharks and rays as a matter of urgency,” Dr Cornish said. “We also desperately need to scale up efforts to recover populations of the most threatened species. Failure to do so will inevitably result in a wave of extinctions happening on our watch. We must seize the moment to stop that from happening.

We already have the solutions required in most cases. Management strategies effective in recovering populations are typically a combination of well-enforced catch limits or prohibitions on catching the species, together with protection of critical habitats. A nice example is the Barndoor skate (Dipturus laevis) which has recovered sufficiently to no longer be threatened with extinction.

Our ocean is in crisis due to pollution, climate change and overexploitation of marine life on a massive scale. Sharks and rays, which have evolved over 400 million years ago, are among the worst affected by overfishing. Populations continue to decline, and yet over 1,000 shark and ray species play various key roles in marine ecosystems, making them intertwined with the health of our ocean and the people who depend on it.