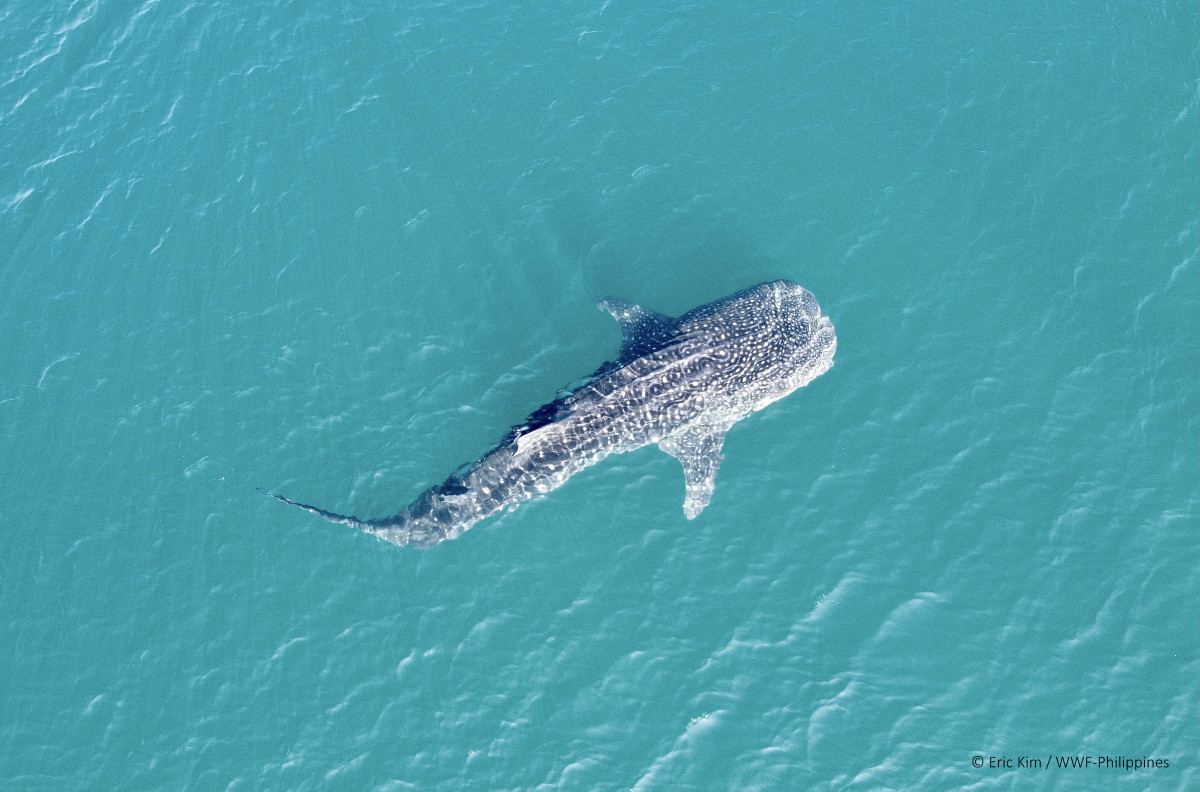 (30 August 2021) - More than two dozen new faces were among the familiar ones as the latest annual whale shark survey came to a close in Donsol, Philippines, ahead of Whale Shark Day 2021. The World Wide Fund for Nature (WWF) Philippines identified 58 individual whale sharks during the organization's 2021 population survey, held annually off the coast of Donsol.

Of the 58 whale sharks spotted during the survey, 32 were returning individuals that had been recorded during previous surveys. The remaining 26 were new to the site and had never been recorded before in Donsol. 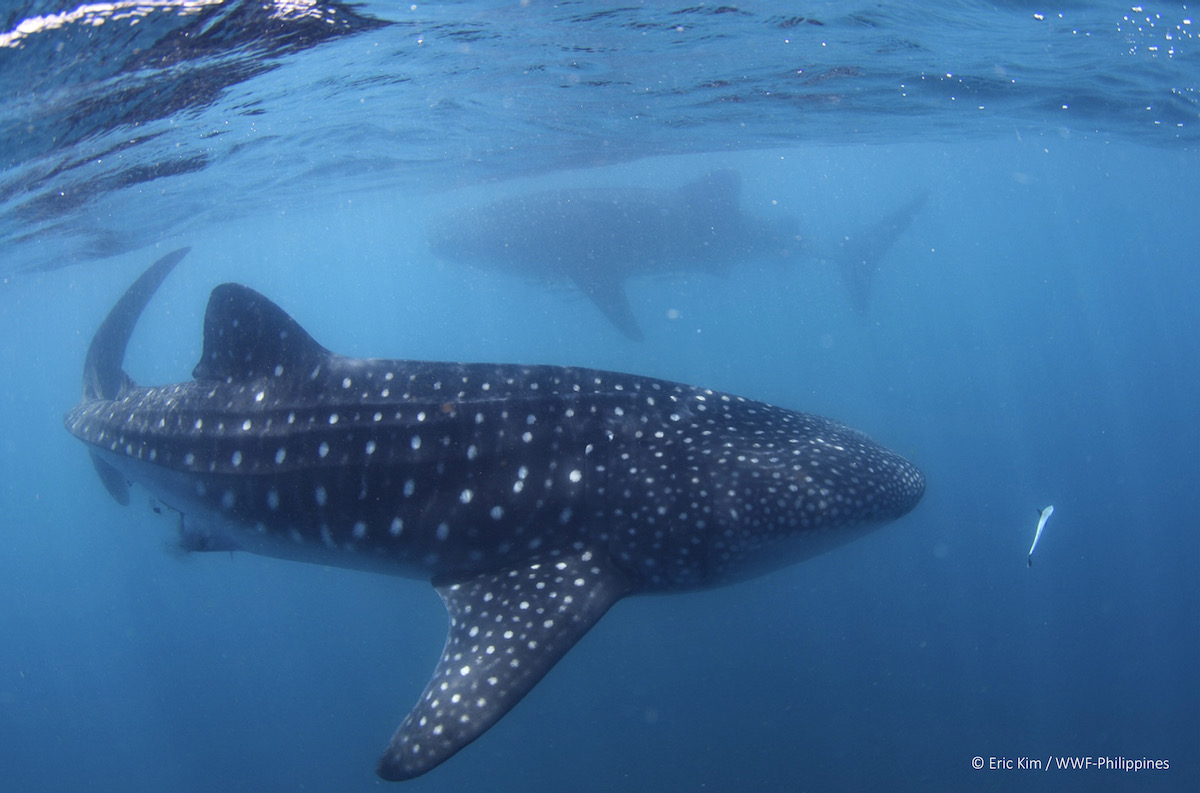 Two whale sharks swim in close proximity to one another. The Ticao-Burias Pass Protected Seascape is known for the whale sharks that pass through it. Photograph © Eric Kim / WWF-Philippines

The survey was conducted over 27 days between March to June, 2021  and yielded 144 whale shark encounters. The highest number of encounters happened in the month of May, when more than half of all encounters took place.

The previous season’s survey was suspended due to quarantine measures imposed by the government in March 2020 when the COVID-19 pandemic hit the Philippines.

This year, WWF-Philippines managed to push through with the annual survey despite the pandemic and the local government and coast guards of Donsol  lent their support to the effort.

“We are always pleased to see new individuals popping up in our annual whale shark survey. The waters off the coast of Donsol are really known for the whale sharks that pass through them. To be spotting new individuals year after year is proof that whale sharks still choose to come here,” said WWF-Philippines Project Manager Manuel Narvadez. 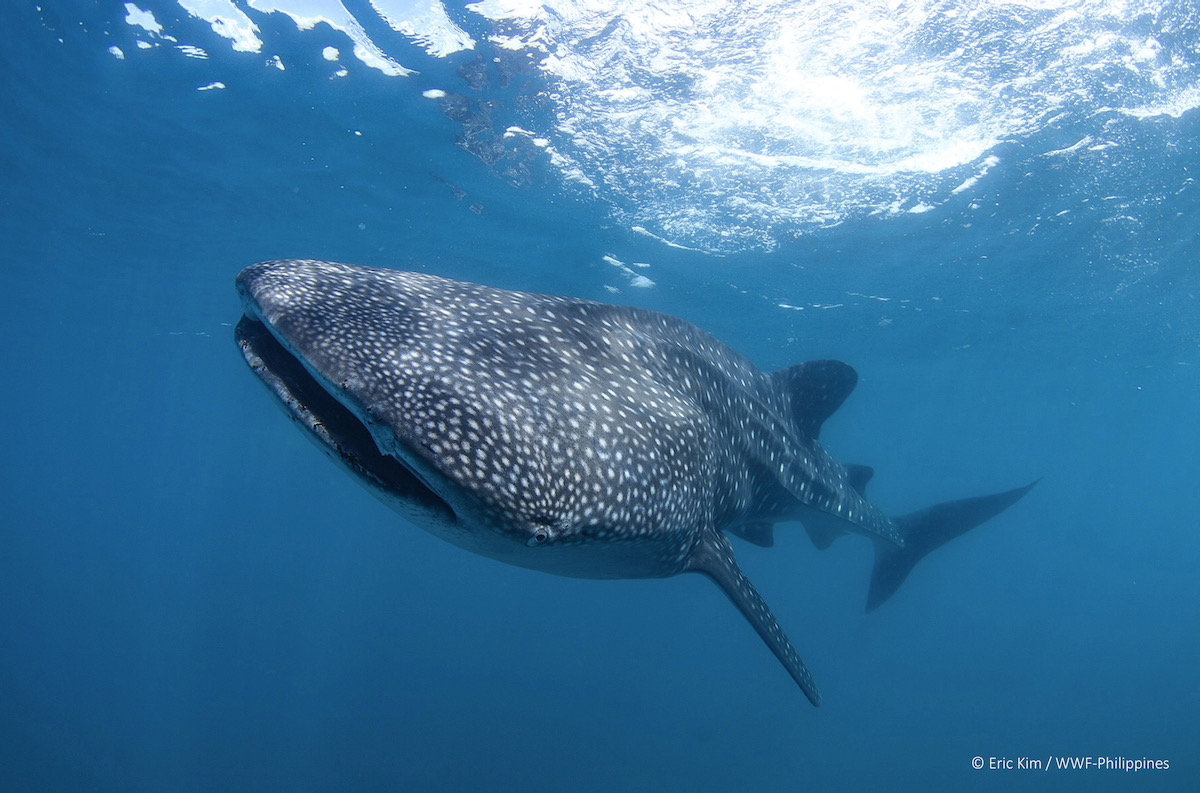 A whale shark descends after swimming near the surface. Each whale shark individual can be identified by its unique pattern of white spots, similar to a human thumbprint. Photograph © Eric Kim / WWF-Philippines

The Ticao-Burias Pass Protected Seascape (TBPPS), located between the provinces of Masbate, Sorsogon, Albay and Camarines Sur in the Philippines, is a biodiversity hotspot renowned for the presence of the charismatic whale sharks.

Since 1998, WWF-Philippines has been working with the local government of Donsol and the Department of Tourism to protect the local whale shark population. Employing a landscape approach, WWF-Philippines and its local partners aim to minimize human pressures threatening the health of the Ticao-Burias Pass.

The conservation organization also helps operate a citizen science effort to keep track of whale sharks passing through the protected seascape. By tasking visiting tourists with documenting and sharing the whale sharks they identify while out on guided tours, WWF-Philippines has helped create employment for locals while developing a database of individual whale sharks that have passed through the area over the years.

While similar in appearance, each whale shark individual can be identified by the unique pattern of white spots across its body. The Wildbook for Whale Sharks maintains an online database of individuals that have been identified by citizen scientists from across the globe over three decades.

“This Whale Shark Day is a good time to remind everyone of the need to safeguard places like the Ticao-Burias Pass Protected Seascape, for the sake of whale sharks and other species. Each new whale shark we identify serves as a reminder of the importance of protecting this precious place,” said Narvadez.

In addition to Donsol in the Philippines, WWF works to conserve whale sharks in other places around the world.

In Pakistan, our teams trained small-scale tuna fishers how to safely handle and release whale sharks, which got accidentally entangled in the fishing nets. Such training and release efforts have helped to reduce the mortality of these creatures in Pakistan’s coastal waters.

Our team in Mexico, on the other hand, works to improve whale shark management in the Whale Shark Refuge of La Paz Bay, with the main goal of reducing whale shark collisions with boats and ensuring a world class sustainable tourism practice that benefits coastal communities and conserves wildlife. Working together with local authorities, tourism providers, partners organizations and other stakeholders, and by using state-of-the-art monitoring technologies, they have managed to develop relevant public policies and decrease whale shark collisions with vessels and related injuries.