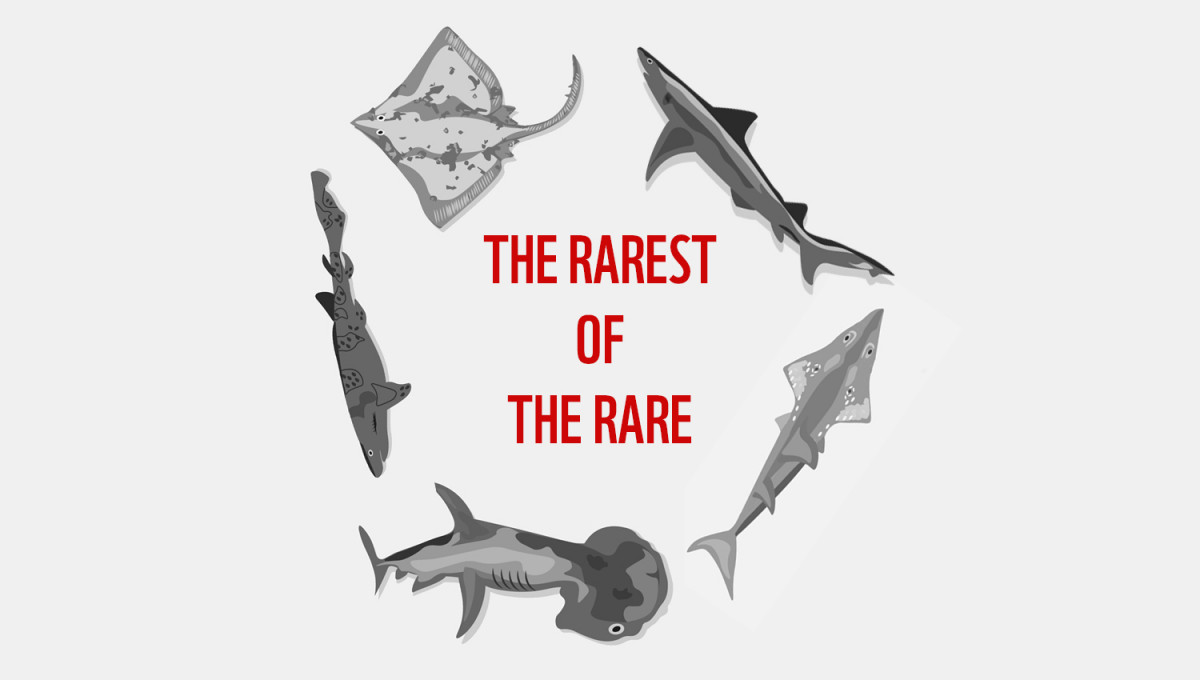 This World Wildlife Day, we present five critically endangered sharks and rays you might have never heard of – and unless urgent action is taken to save them – you are unlikely to ever see…

From the murky waters of India’s Ganges river, through the tropical reefs of the Caribbean, to the pitch-black depths of the Northwest Pacific, we introduce the rarest of the rare. In fact, these species are so rarely found that very, very few photos actually exist – and almost none show these elusive creatures alive, swimming underwater! 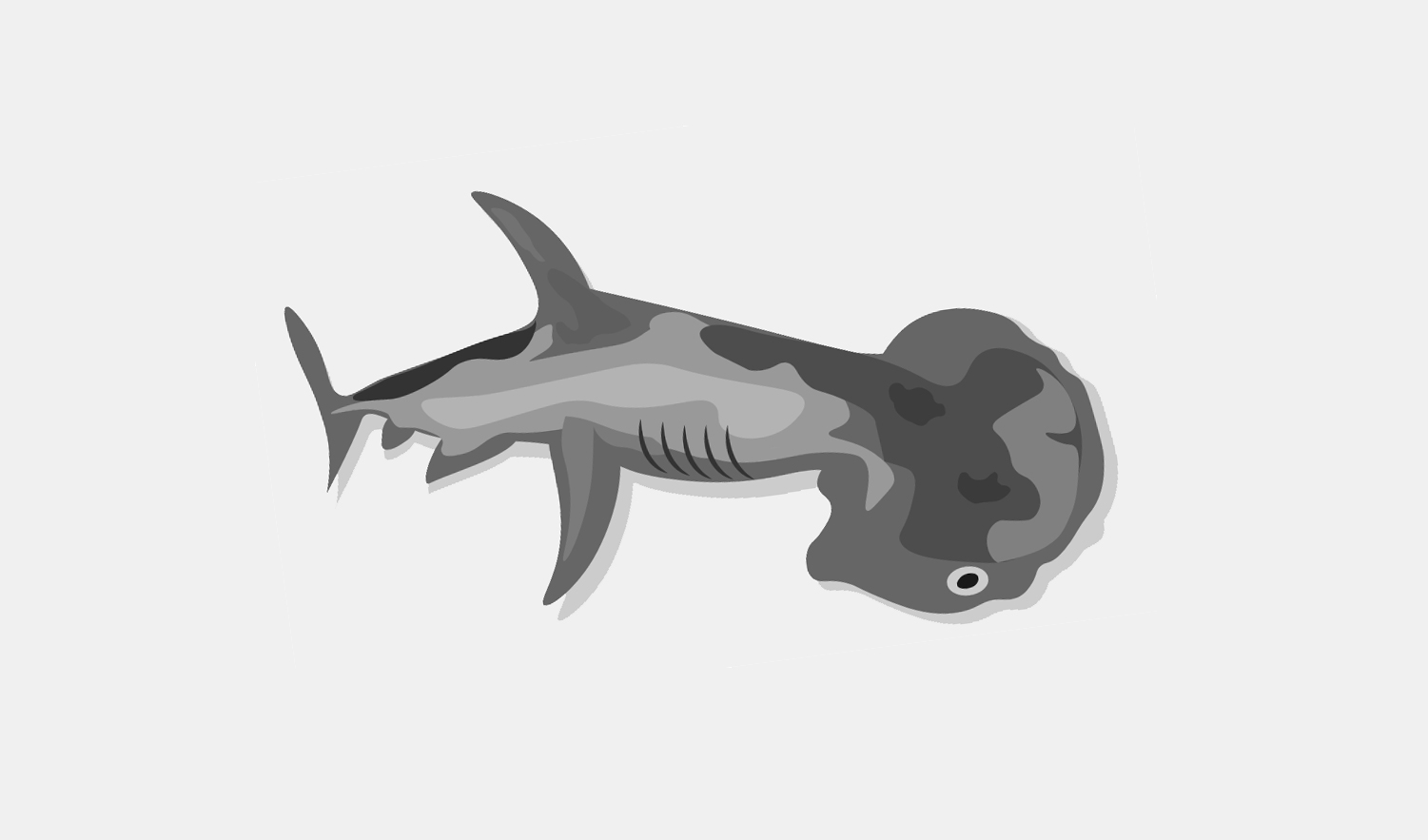 Sporting a rather funny name due to its unusual head shape, this medium-sized shark belongs to the hammerhead family (Sphyrnidae). While some of its relatives such as the scalloped hammerhead are amongst the most iconic and recognisable shark species ever, this fellow is definitely less so. Scoophead inhabits shallow tropical reefs of Central Eastern and Southeast Pacific, from the Gulf of Mexico down to Peru, and along the eastern coast of Central and South America, from Panama to Southern Brazil. Unfortunately, by now it has disappeared from parts of its range due to overfishing. Like all other hammerheads, scoophead’s fins are among the most popular in the global shark fin trade, which is fuelling the demise of these fascinating creatures. Out of nine hammerhead species, eight are at risk of extinction, and this includes the scoophead and four others that are critically endangered. To make matters even worse, the mangroves scoophead uses as nursery grounds are being lost to shrimp farming. 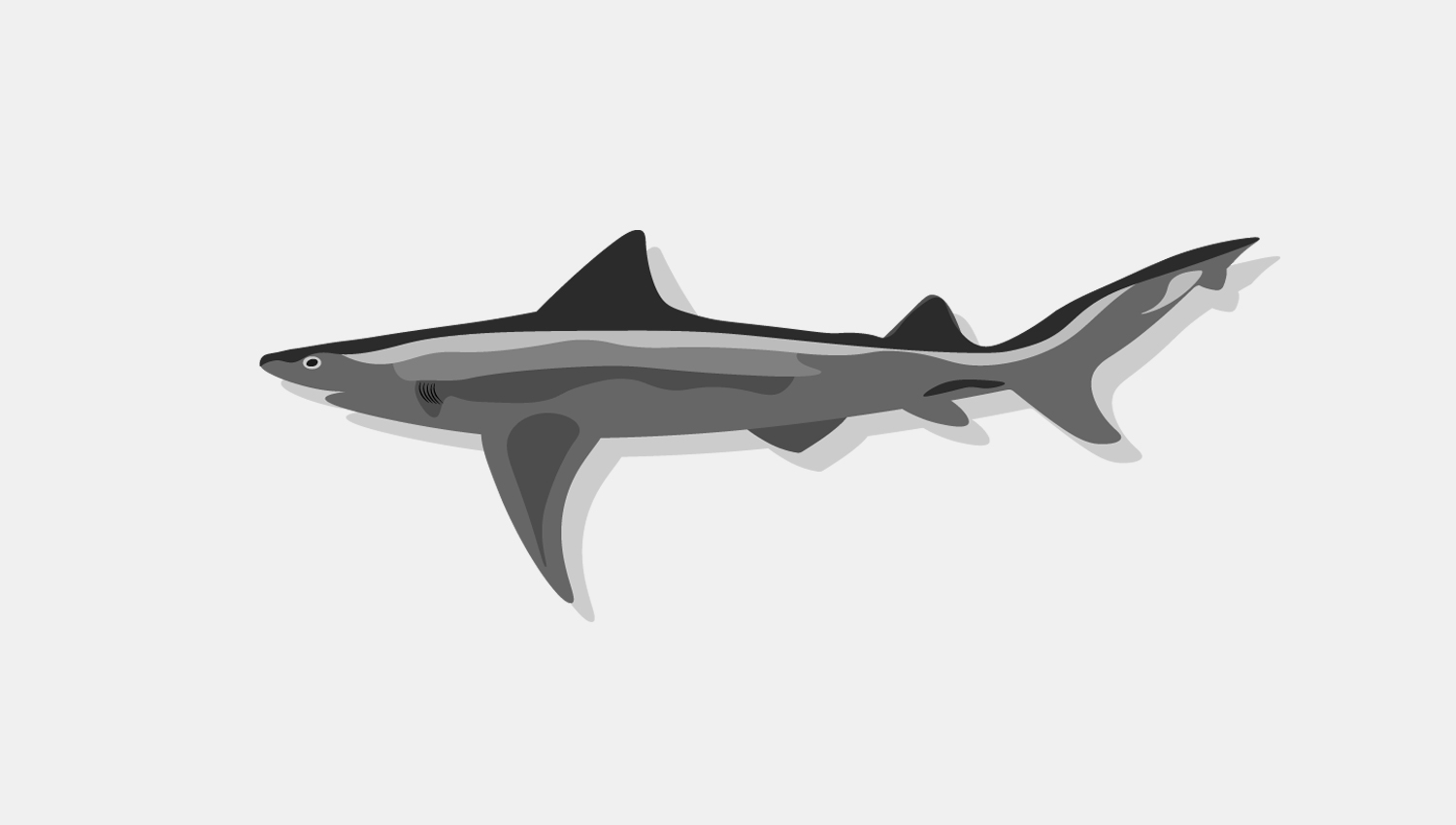 The elusive Ganges shark is a freshwater riverine species thought to be endemic to India. Originally only known from three museum specimens collected in the 19th century, this rare creature is often confused with bull sharks (Carcharhinus leucas) – a marine species known to enter rivers and estuaries. Growing up to two metres, this freshwater shark’s eyes are small and unusually tilted upwards – a sign of evolutionary adaptation to the muddy waters of the Ganges river system. With only several specimens recorded at fish markets and fishing ports since the 19th century, the Ganges shark certainly belongs among the rarest of the rare. A recent study into the genetics of this and other riverine sharks (genus Glyphis) highlights how little we still know about the Ganges shark and its cousins. After studying the DNA samples from several preserved specimens, scientists found that only three of the currently described five river shark species are valid and that there exists another yet-undescribed species, which was found in Bangladesh and Sarawak, Malaysian Borneo. Regardless of the taxonomic confusion, one thing is clear – living in very few rivers, which are under enormous pressure from fishing, with its waters obstructed by dams and barrages, the Ganges shark is only one step away from extinction. 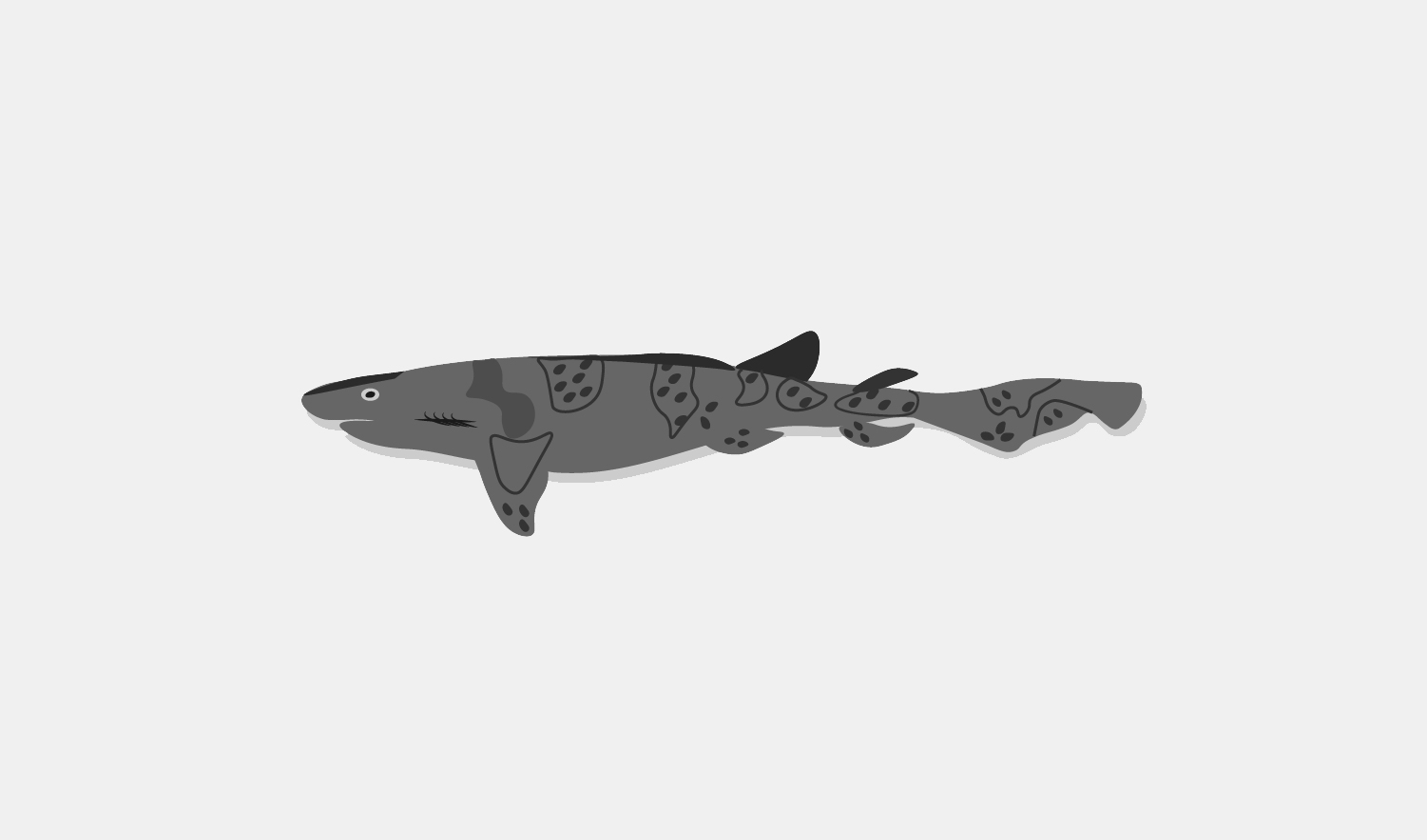 This small, deep-water shark inhabits isolated deep-water slopes of the North-West Pacific, from southern Vietnam to southern Taiwan. While very little is known about the biology of this species, or the use and trade of reticulated swellshark products, like all swellsharks, this little fellow possesses one fantastic super-power you should know about. When in danger, this beautifully patterned creature will inflate its stomach to appear larger and discourage predators from attacking it! The tiny but mighty swellshark can double in size when fully puffed up! Sadly, with a fairly restricted distribution, this species has little refuge from fishing, and especially bottom trawling. In fact, all the waters where this animal occurs are being intensively fished – from Taiwan all the way south to Vietnam, and from the water surface to the ocean depths. 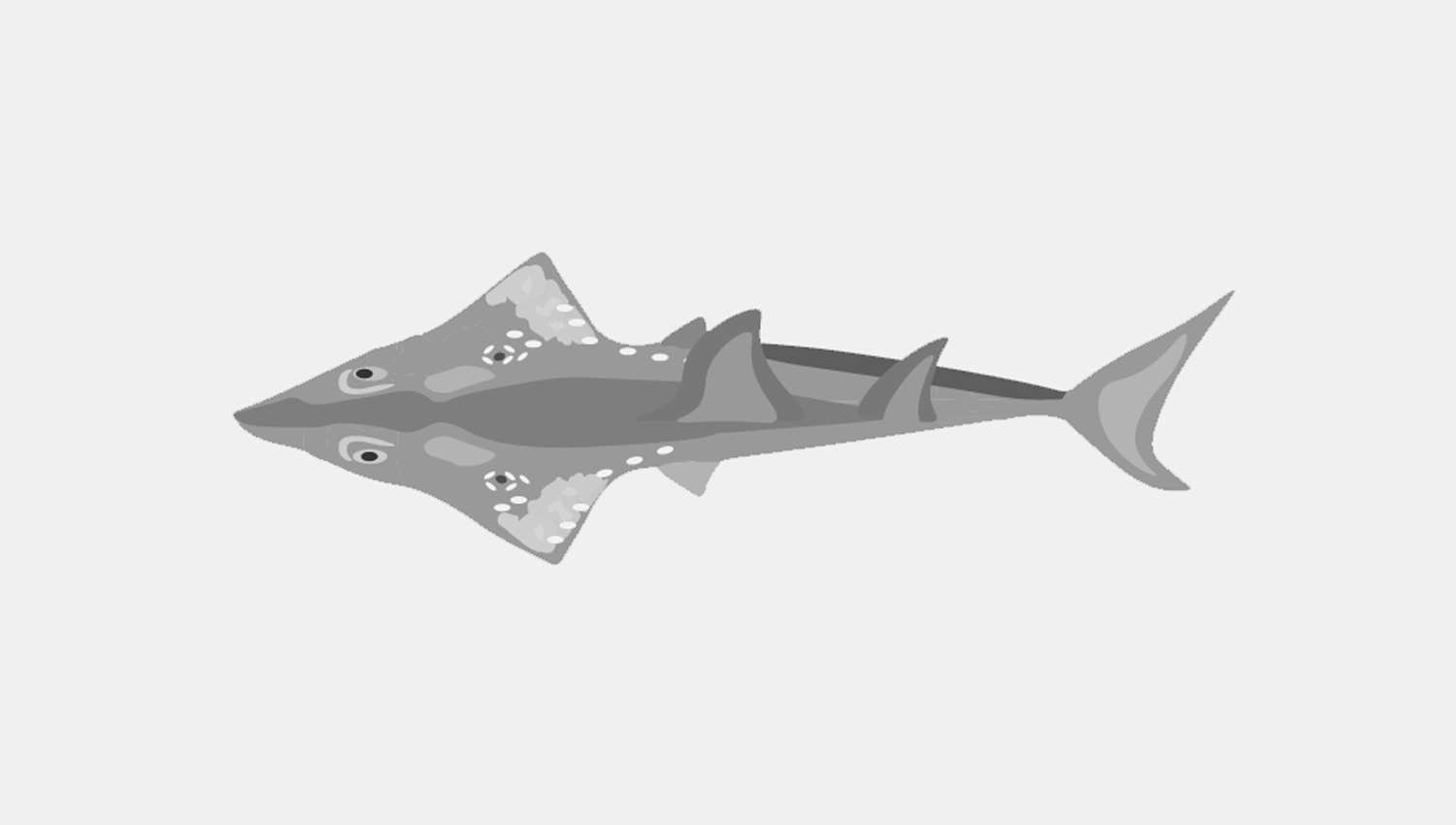 This large, shark-like ray growing up to three metres in length, can be found close inshore over soft, sandy bottoms and shallow coral reefs in Indo-West Pacific, from Mozambique all the way to the Solomon Islands and north to Taiwan. Owing to its elongated, pointed snout, the bottlenose wedgefish as well as its lookalike relatives have recently been dubbed “rhino rays”. Although once widespread throughout its range, this and several other wedgefish species have often been confused and misidentified. Further genetic research is necessary to better understand the taxonomy of this group and it is likely that more species will be described in the future. Unsustainable demand for the shark fin soup – a traditional “delicacy” consumed in Asia – poses a risk for this rare ray, with its shark-like fins among the highest valued in the international shark fin trade. Heavy fishing – both targeted and incidental – is pushing these animals to extinction, with nine out of 10 wedgefish species (family Rhinidae) now critically endangered, earning them the dubious distinction of being the most endangered family of marine fishes. 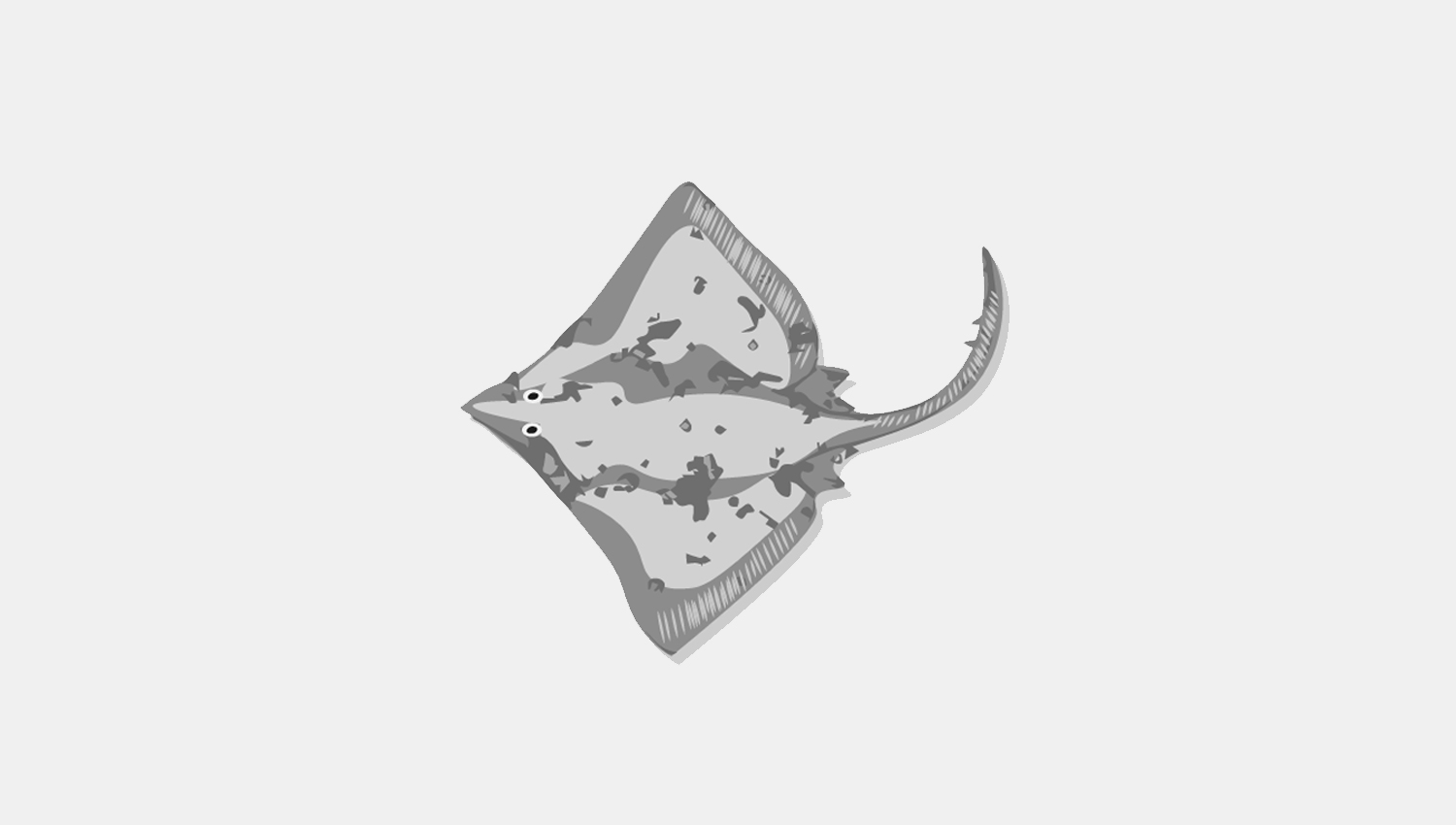 This large, bottom-dwelling skate – a type of egg-laying, kite-shaped ray – can be found from shallow coastal waters down to the depths of 600 meters. Like other skates, this species actively hunts smaller fish and crustaceans such as crabs or shrimp by enveloping prey with its wing-like fins before capturing and ingesting its food. Growing up to 2.5 meters, this skate used to occur in the North-East Atlantic, from Madeira to Morocco, to Iceland and Norway, and in the Mediterranean. Referred to as an iconic European skate and previously called “common skate”, this marine fish is often described as the first case of a fish species brought to the brink of extinction by commercial fishing. Nowadays, due to overfishing and especially bottom trawling, this once common species is either very scarce or completely gone from places where it once used to occur.

In addition to the rarity and the imperilled state of these mysterious sharks and rays, you would have realised by now that there is one more common thread that connects all their stories – overfishing. Every single one of these species, as well as 63 other critically endangered elasmobranchs, are being pushed towards extinction by unsustainable fishing. Rivers, seas, and oceans where they live all around the world are being intensively fished far, deep, and wide, leaving these animals with no refuge, except for perhaps very few most remote places. Facing an extremely high risk of extinction in the wild, populations of all these species crashed by more than 80% over the last few decades.

Sharks and rays don’t simply dwell in rivers, reefs, depths, or open ocean – they shape their habitats and so are inextricably linked with the health of our ocean and the well-being of millions of people around the world that depend on it. Yet, in spite of their significance, sharks and rays are not adequately managed and protected in many countries, and 33% of over 1,100 species that roam the waters of our blue planet are now at risk of extinction.

A ray of hope

The good news is that scientists and conservationists largely know what needs to be done and have the right solutions to solve this global crisis – what is still missing are will and urgency! Unless urgently needed measures such as recovery plans are implemented fast, wide, and effectively, the scoophead, reticulated swellshark, Ganges shark, bottlenose wedgefish, common skate, and dozens of other sharks and rays will likely start disappearing on our watch.

Luckily, there already are few stories of hope showing that sharks and rays can be brought back from the brink! A barndoor skate (Dipturus leavis) – a close cousin of the blue skate – was very close to extinction already in the 1960s and previously classified as endangered. But fishing bans in the USA and Canada helped the species to make a comeback and just last year, the barndoor skate was reclassified as “least concern”!

What you can do

Unless you are a head of state, a fishery manager, or a fisher, you might think that there is little you can actually do. But you could not be more wrong! Unlike sharks and rays, you have a voice and your voice can be a very powerful weapon to help fight inaction and indifference. Join half a million people around the world and ADD YOUR VOICE FOR SHARKS, RAYS, AND OUR PLANET - please help to urge governments and authorities to act now to stop sharks and rays from disappearing forever! And as a bonus from us to you, here are a few simple tips on how to help protect sharks and rays in your daily lives.