Having devoted a lot of energy to our recently released Responsible Shark and Ray Tourism: A Guide to Best Practice, it was with great anticipation that I recently joined a WWF-Philippines expedition to explore the potential for community-led shark tourism in the municipality of Cagayancillo in the Philippines’ Palawan Province.

Along with our research partners LAMAVE (Large Marine Vertebrate Research Institute Philippines) and fellow eco-tourism advocates, I had the opportunity to take a first-hand look at what’s happening in the area, which currently receives very low numbers of dive tourists. I wasn’t sure what to expect given so many coastal communities have overfished their reefs to survive. Shark tourism is a growing and potentially lucrative industry that can benefit local people if done responsibly, but only if the sharks are there, and in abundance.

Locally, sharks are one of the focal species for WWF-Philippines’ marine climate adaptation programme for coral reefs in the Sulu Seas. Globally, sharks and rays are becoming big business in the tourism sector, generating hundreds of millions of dollars each year. One scientific paper in 2011 reported that 400 shark and ray tourist interaction sites have been established around the world, and estimated that the number could double over the next 20 years, generating more than US$780 million.

Shark and ray tourism can also help local economies. A study published by Biological Conservation this year stated that these enigmatic creatures contributed nearly US$114 million to the Bahamas in 2014, with shark and ray-focused tourism responsible for 99% of that total, possibly making the Bahamas the world’s largest shark diving economy. The study found that “monetary benefits of sharks in economically deprived islands remain unrealized”. With 25% of more than 1,000 species of shark, ray and chimera threatened with extinction due to overfishing, never has the need for such solutions been greater. So it was with high hopes that we packed our gear and set out on the WWF vessel MY Navorca for our six-day reconnaissance mission from the port at Puerto Princessa, Palawan.

We dived for two days at Tubbataha, followed by two days around Cagayancillo and other much smaller atoll islands in the area. We saw several reef sharks and eagle rays on most dives in the latter. The dives were notable for dramatic wall diving in crystal clear water with a wide variety of fish. I spotted one whale shark during the expedition and was able to photograph it well enough for the LAMAVE researchers to check it against their database of known individuals in the Philippines. It turned out to be a new individual not previously recorded. We also saw an enormous and rare species of eagle ray.

So does the region around Cagayancillo Island hold enough promise for a shark and ray tourism site? The overall diving was very good around Cagayancillo, but the shark and ray encounters are probably not enough yet to justify this being the main thrust of tourism marketing.  I say ‘yet’ because shark fisheries were previously active in the area, so shark populations may well be depleted and might begin to recover because the local community banned the live reef fish trade in 2013, and is now using mainly hook and line, gillnet and spearfishing to catch fish, with no targeting of sharks and endangered species.

The WWF-Philippines team is weighing up the findings of the expedition, but my personal opinion is that the dive sites we visited are already remarkable enough for their topography and variety of marine life to attract international and local dive enthusiasts. While sharks and rays are not as common here as at Tubbataha, there doesn’t seem to be any barrier to a similar recovery as happened there, providing the community throws its weight behind dive tourism as an income generator. With buy-in from the community on the value of live sharks for tourism, it seems likely that reef sharks could rebound as in Tubbataha, and become more of a focus for the diving in the future. A preliminary BRUVs survey by LAMAVE in Cagayancillo in 2016 recorded 11 species of sharks and rays, including tiger sharks, hammerheads, threshers and oceanic manta rays: all big attractions for divers.

For those considering similar tourism diving propositions, one of the first reference stops should be the aforementioned Responsible Shark and Ray Tourism: A Guide to Best Practice, the first-ever set of guidelines for shark and ray tourism operators created by Project AWARE®, WWF and The Manta Trust. In the meantime, I’m eager to see how this develops, and look forward to my next trip to the Philippines. 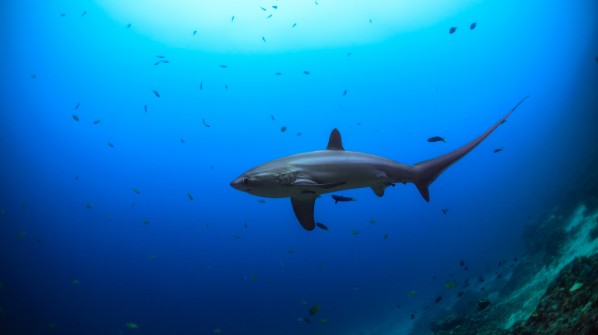 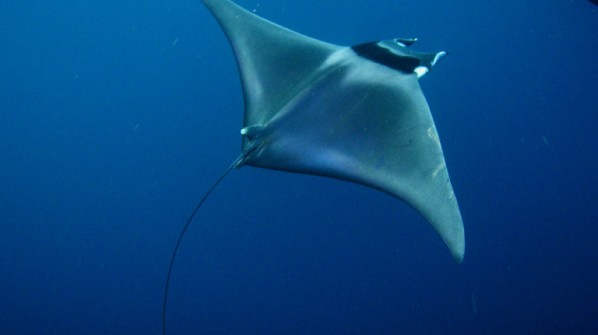 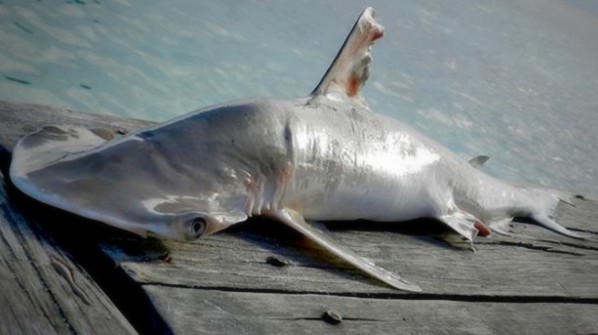